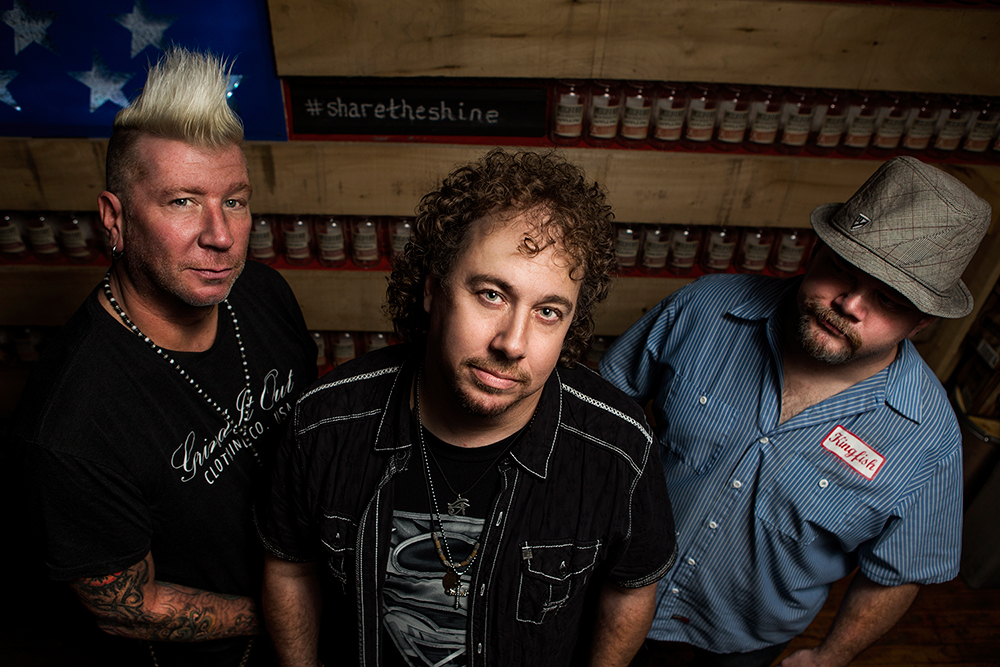 They say freedom lies in being bold. For the accomplished professional musicians in the modern rock trio Save The World, that means taking time out of their hectic schedules to form a band that plays the music they love, and then paying forward the good vibes with soaring hooks and uplifting messages.

“When I was trying to come up with names for the band, I saw the phrase ‘Save the world’ in a movie theater. I thought about that statement a lot,” recalls Dan Tracey. “It felt like it encompassed everything I wanted the band to be. It filled people up with inspiration, it was positive, and fit perfectly with the music I wanted to make—songs you could blast loudly driving around with the windows down.” 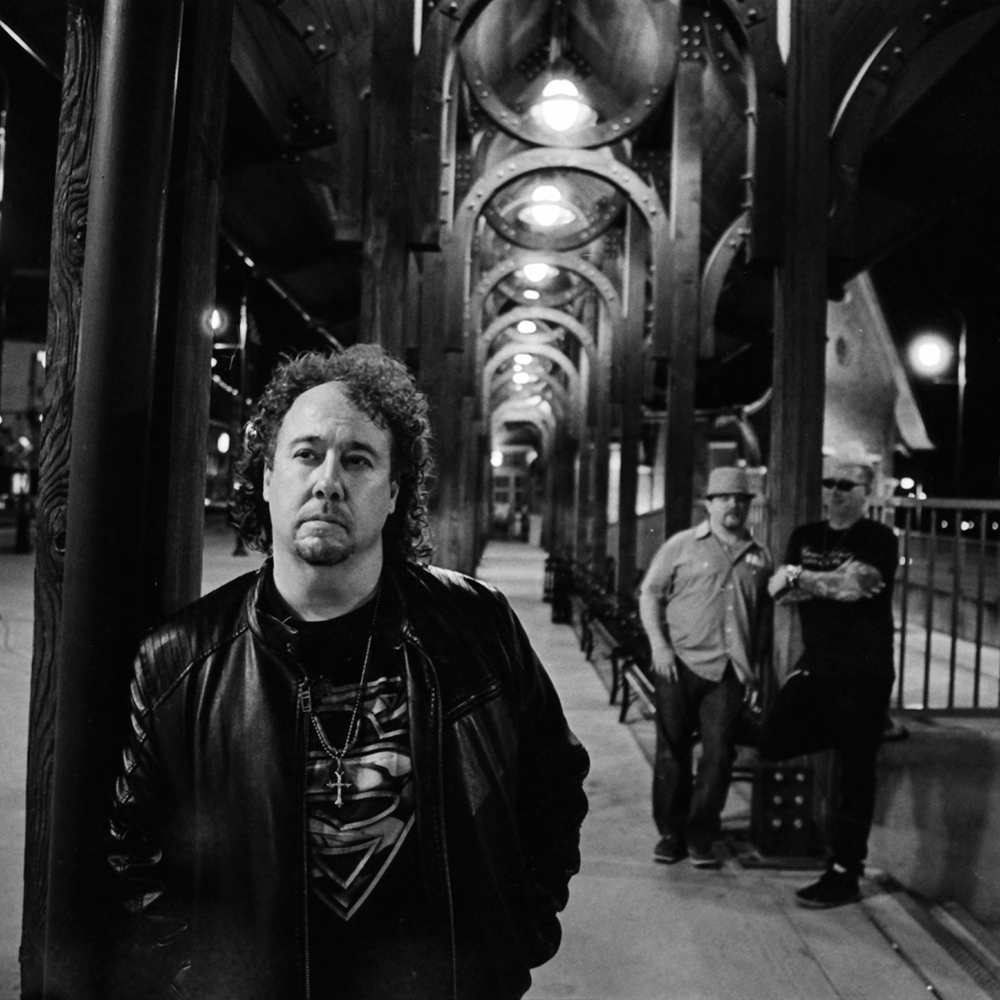 films, and performed and recorded with a variety of established musicians—currently, he plays guitar and sings in the Alan Parsons Live Project. Robert Wright draws recognition onstage and in the studio as a multi-instrumentalist, a songwriter with multiple artist cuts and publishing deals, and as a producer, where he topped the Billboard Country Album charts multiple times and earned many Gold and Platinum album awards. Jon Wysocki is best known as the founding member of the chart-topping, multi-million record selling modern rock band Staind from the band’s halcyon years, 1995 until 2011.

Unlike other bands with esteemed résumés, Save The World’s origins are humble. Dan Tracey and Jon Wysocki both came up in the Springfield, Massachusetts music scene. Over the years, they admired each other’s wildly divergent paths. Tracey became an in-demand Nashville musician, and Wysocki was in one of the biggest rock bands of modern times. Robert Wright and Dan Tracey met in Nashville—where Tracey relocated over 20 years ago—and had an instant artistic rapport. Tracey was the intermediary between Wright and Wysocki.

That fateful first band meeting, at Capricorn Soundworks in Nashville, was to record STW’s debut single “Bleed.” Dan wrote the melody-driven masterstroke song in his van on the way back from a gig—it was the first rock song he had written in years. The song is undeniable. “I wasn’t interested in starting a band,” Tracey reveals. “We all have so many obligations pursuing different endeavors and touring with different artists.” But recording that track that day was epiphanic. “I was in a band years ago that had a unique sound, and I always regretted leaving it. Here was another chance to do something I believed in and felt passionate about,” he confides.

Currently, the band is readying a cadre of singles to be sequenced into a record. “I want to make each song great. I want there to be ten hits on it with no filler,” Tracey says. He continues: “When people buy this record, they’re going to get hit with a lot of diversity.”

The band’s leadoff single, “Bleed,” is both cathartic and catchy, a gut-punch of melody that unpacks the tattoo trend in a profound way. “The meaning of the song hit me when I was getting ready for that morning’s sessions—the pain of getting tattoos allows people to let out their pain and their dreams. It’s a release,” Tracey says. “I then called Robert at 8:30 in the morning and woke him up to tell him about the lyrics and video concept.” The video interweaves emotive narratives with performance footage for an arresting effect.

“When I saw the final cut of the video, the story had so much weight, I just sat there with tears streaming down my face,” Robert Wright says. “It hit me with the same feelings that I hope it hits other people with because the band is not the focus of this whole thing, the message is.”

The band’s follow-up single, “Circus Maximus,” doesn’t let up on pent-up passion bursting from burly riffs and skyward hooks. “It’s about the poisoning of our society by the 24/7 media,” Tracey says. The bridge features a poignant cameo from rock icon Alan Parsons. It’s a spoken-word piece that raises hairs:

“Wake up World / You were meant to have purpose / Turn off the noise of this media circus!” 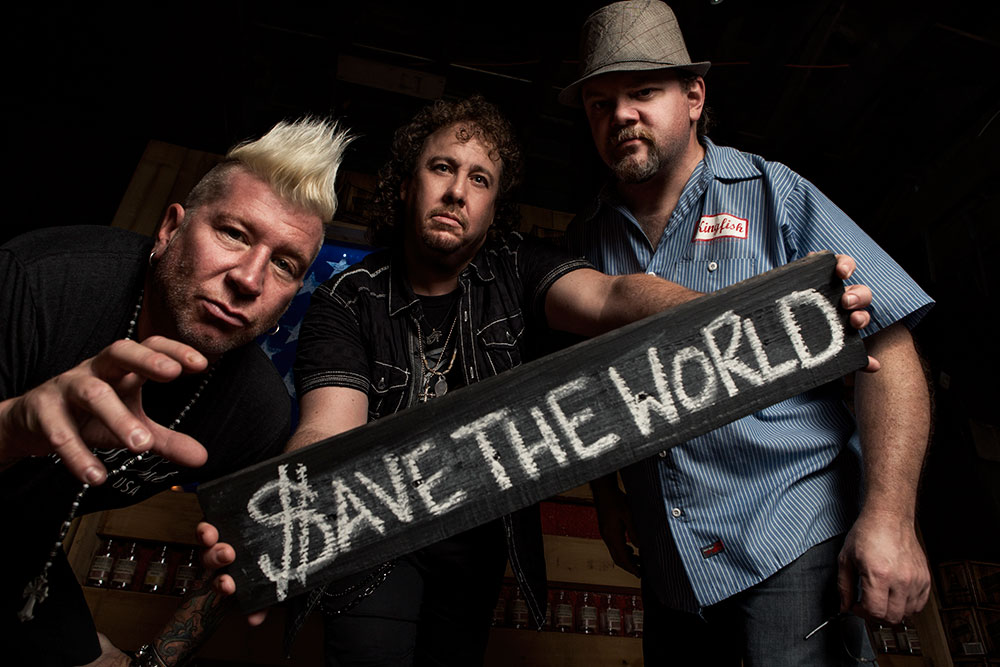 True to its promise, Save The World exhibits refreshing diversity through the chilling, Pink Floyd-esqueness of “This Little Pill” and the majestic modern Prog-Rock of “Princes and Thieves.” The track “This Little Pill” might be the “Another Brick In The Wall (Part 2)” of 2016. It addresses the thought-control battle for the minds of children of today. The opening line is visceral. Here Tracey sings:

Hey ADD kid who just can’t sit still / I’m gonna fix you by breakin’ your will / Focus on things that you don’t adore / Rewire your heart so you’re fully restored.

STW also has majestic Prog-Rock epic “Princes and Thieves” written in the tradition of classic Alan Parsons Project, but played by the guys, it’s unmistakably Save The World.

Reflecting back on the impulse to start a band, Robert Wright says: “I have a 20 year history of chasing down music that features lyrics with substance, and huge melodic hooks that won’t leave you alone — music that’s angry, music that’s a celebration. Doing this with a band has been an itch I haven’t been able to scratch. I want this music to make people realize they have the power to answer this challenge — to truly save the world.”